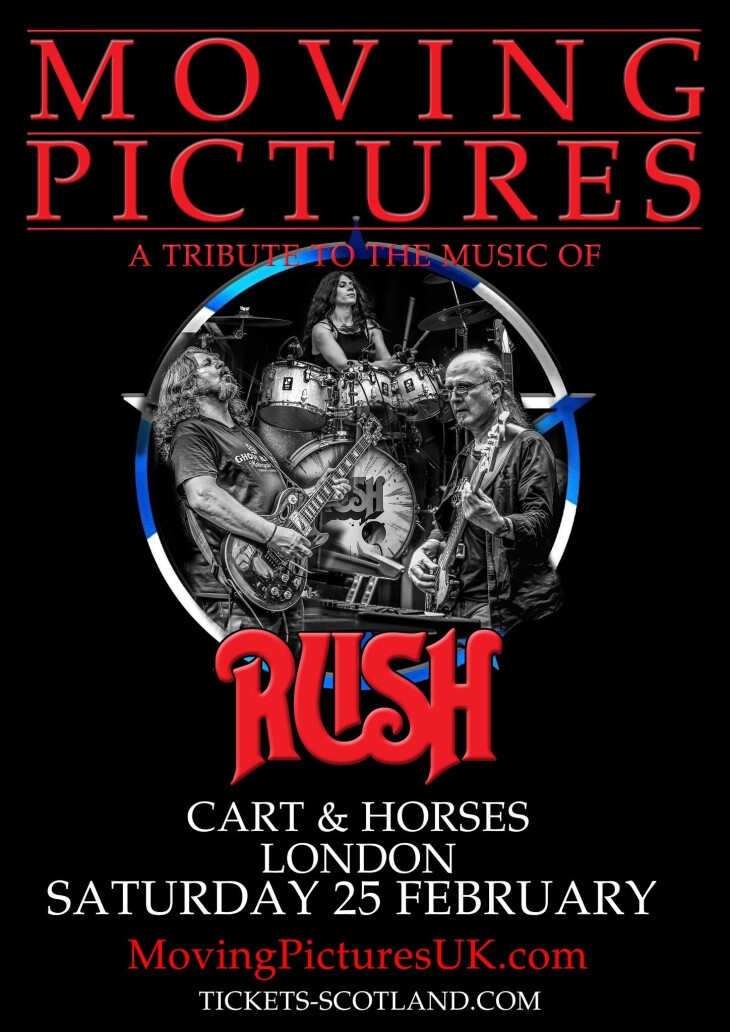 Power trio MOVING PICTURES play for over two hours covering all the classics such as Tom Sawyer, The Spirit of Radio and Xanadu (with doubleneck guitars) plus some deeper cuts such as By Tor and later belters such as Far Cry and Headlong Flight.
MOVING PICTURES are regularly on the bill at Rush fan conventions, have recordings on all 3 Songs For Neil albums and have performed for and recorded with Rush producer Terry Brown.
2023 sees the band touring around the UK.
This is their first time in the iconic Cart & Horses - birthplace of Iron Maiden!!
Band On Stage 8.30pm
Tickets here t-s.co/mov02
Sign up
for news, offers and events