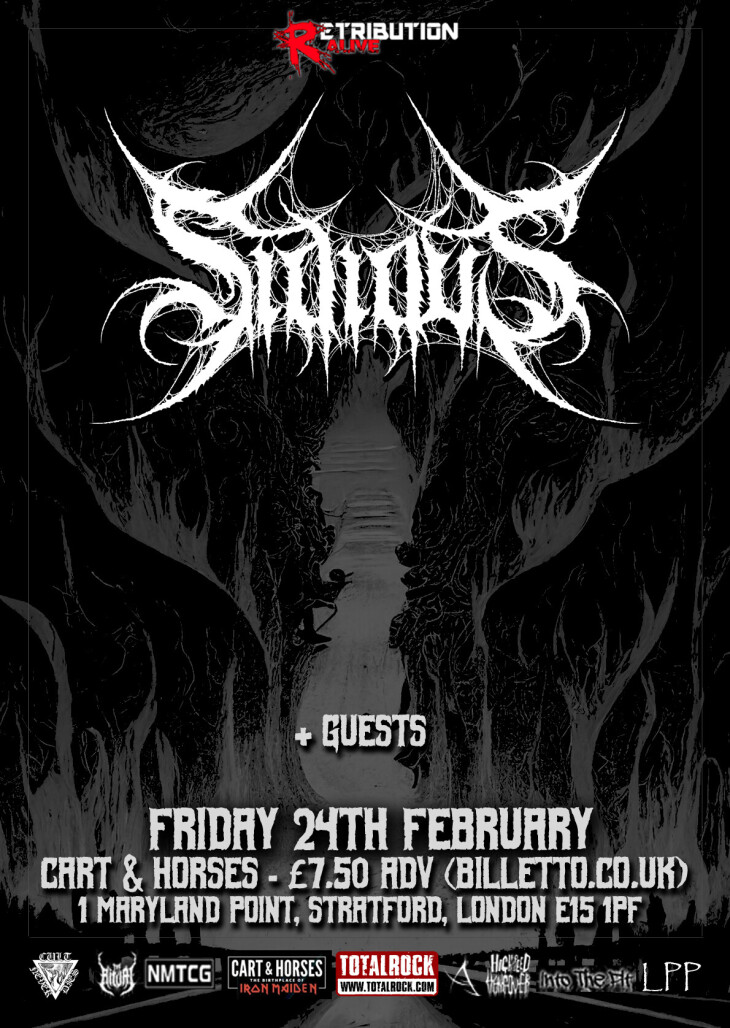 Monthly London Metal Night, Cart & Horses and SIDIOUS
Black metallers SIDIOUS headline the legendary birthplace of Iron Maiden... the Cart & Horses as part of February's Retribution Alive, ahead of their upcoming EU tour in March with Azaghal! Guests to be announced soon!
Tickets: bit.ly/3Bxh3SS
SIDIOUS
Sidious was formed in 2012, with a mission - to create uncompromising, aggressive & cold black
metal. With debut EP 'Ascension To The Throne Ov Self' (produced by Russ Russell), Sidious took the unsuspecting underground by storm, gathering rave reviews from all over the world, described as 'Brutal intensity, Savage technicality, Pure, refined evil' (No Clean Singing) and established themselves within the UK metal underground. Later they supported acts such as Anaal Nathrakh, Hecate Enthroned, The Infernal Sea and more, with later releases being described as being "on a demonic march with sounds to breed fear in even the devil" (Wonderbox Metal) and once again teamed up with Russ Russell to realise their latest offering, 'Blackest Insurrection', released 11th March 2022 in collaboration with Clobber records, an album that "deserves the full attention of every black metal fan" (Metal Bite). "An extraordinary work full of anger executed violently, with a cold and devastating sound" (The Dark Melody) and "Black Metal in its purest form" (Metal Friends), Sidious have poured all their efforts into creating the record that truly realises the original mission, and established themselves firmly in the black metal scene as one of the UK's finest offerings of uncompromising live acts.
www.facebook.com/sidiousofficial
Tickets: bit.ly/3Bxh3SS