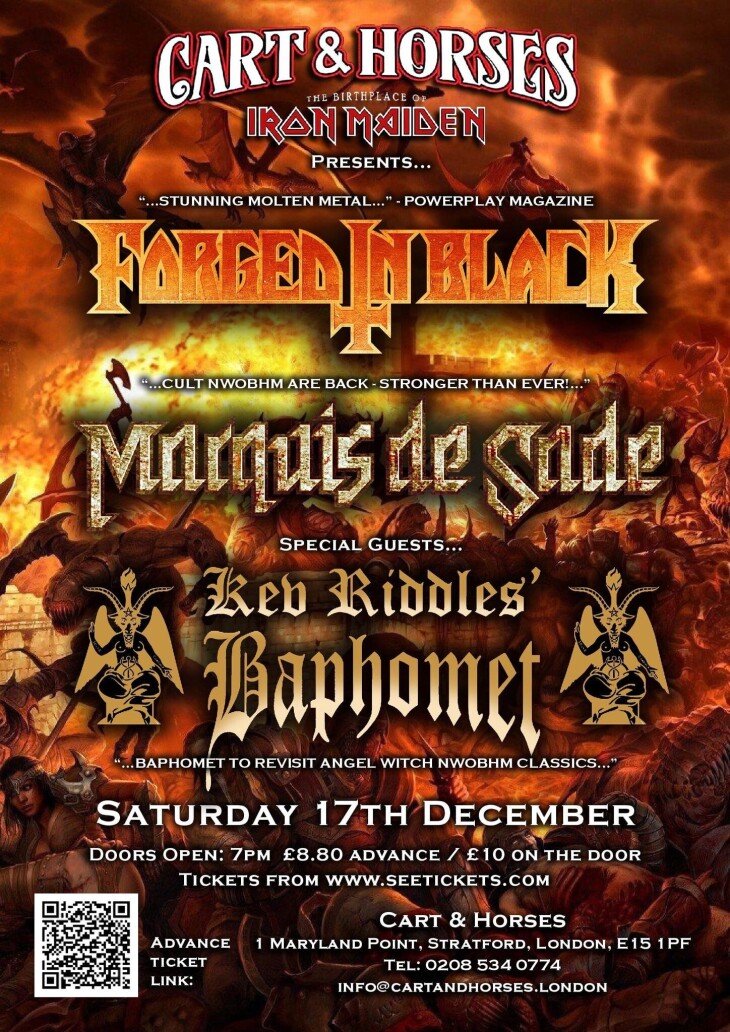 MARQUIS DE SADE was formed in the early 1980 and reunited earlier this year. At the Cart & Horses the band performs material from their classic repertoire in addition to a few new songs.
FORGED IN BLACK embrace the power and intensity of classic Metal. The band's critically-acclaimed 2nd album, "Descent of the Serpent", was released via Fighter Records.
KEV RIDDLES' BAPHOMET revisit the early repertoire of Angel Witch. The line-up of Baphomet is made up of members and ex-members of NWOBHM bands such as Angel Witch, Tytan, Mournblade and Satan's Empire.
This gig is a celebration of British Metal.
Information about tickets will follow soon.
Sign up
for news, offers and events