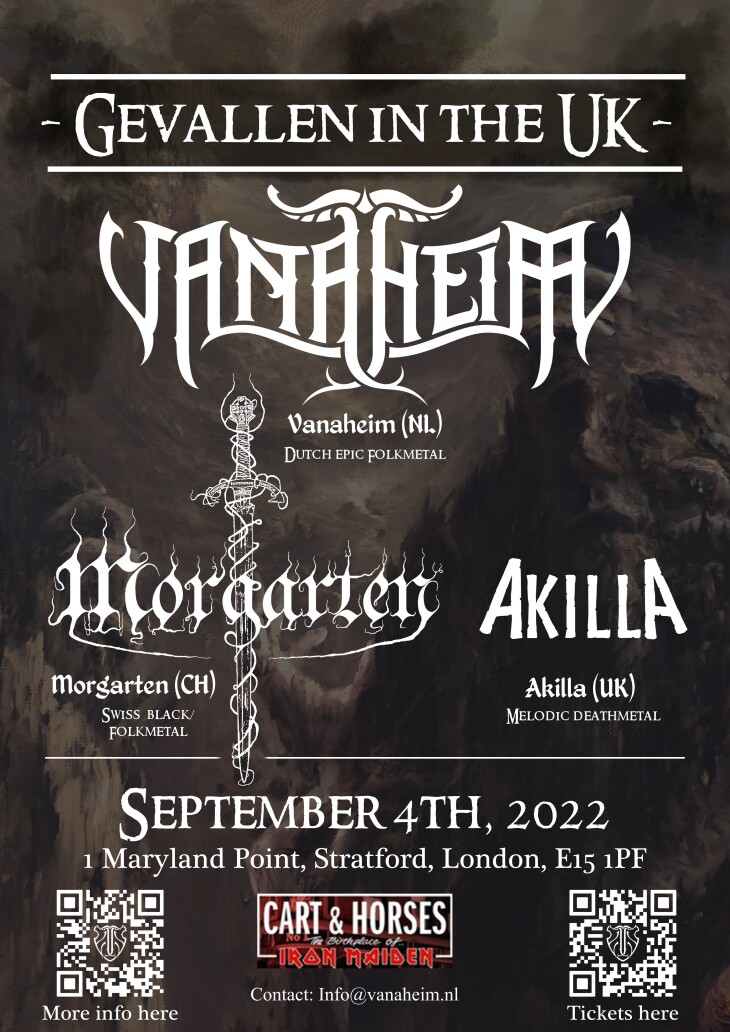 Epic folk metal from Dutch ground. Vanaheim returns to England with their energetic mix of raging primal violence, epic orchestral, folky melodies, roaring guitars and pounding drums. They are not unknown to the English pagan crowd, having performed at Warhorns Festival and HRH Vikings before. With the recent release of their brand new album “Een Verloren Verhaal” they are ready to party like never before and will set Cart & Horses on fire.

In search of battles and victories Morgarten has been touring Europe since 2005. With their harsh yet melodic folk- and black metal Morgarten brings back the forgotten glory of the time of knights. After playing shows all over Switzerland, the release of their debut album “Risen to Fight” (2015) marked an important moment for Morgarten. The band marched upon international territories, supporting other warriors like Wind Rose, Nightland and Welicoruss.

Akilla was formed by surviving founding member Ross wilson back in 2018 drawing influences from scandinavian melodic death metal bands such as Insomnium, In Flames and Amon Amarth. The bands sound has since evolved to become a wall of sound of slow melodies and heavy chords mixed with fast energetic riffs and harsh vocals. Akilla are currently working on their debut album due to be released later in 2022.
fienta.com/vanaheimmorgartenakilla
Sign up
for news, offers and events