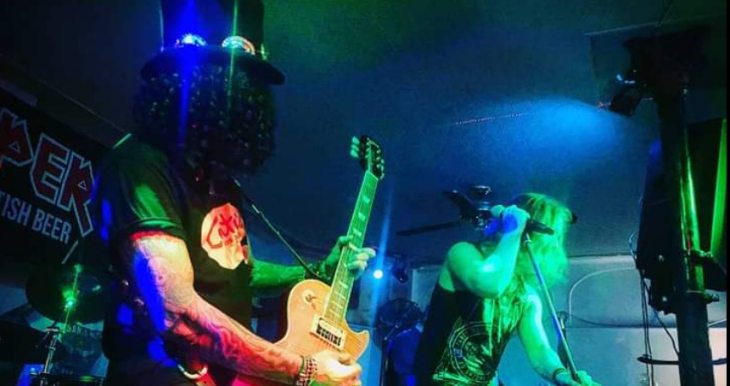 Slash & Myles UK are the UK's first and only tribute to Slash featuring Myles Kennedy & The Conspirators. The band is based in Kent and formed in late 2018.

They play a full set of hard rock hits from SMKC replicating the bands current live set as well as hits from Velvet Revolver, Slash's Snakepit and Guns 'N Roses thrown into the mix. Slash played by Daz (Metallica Reloaded) and Myles Kennedy played by Baz (Altered Bridge) bring a very accurate performance both visually and with the sound making this a band not to be missed!

Using Slash signature Les Paul's and a full Marshall stack be prepared for a night of Kick Ass R&Fn'R!

Doors 9pm
Start from 10pm
Sign up
for news, offers and events