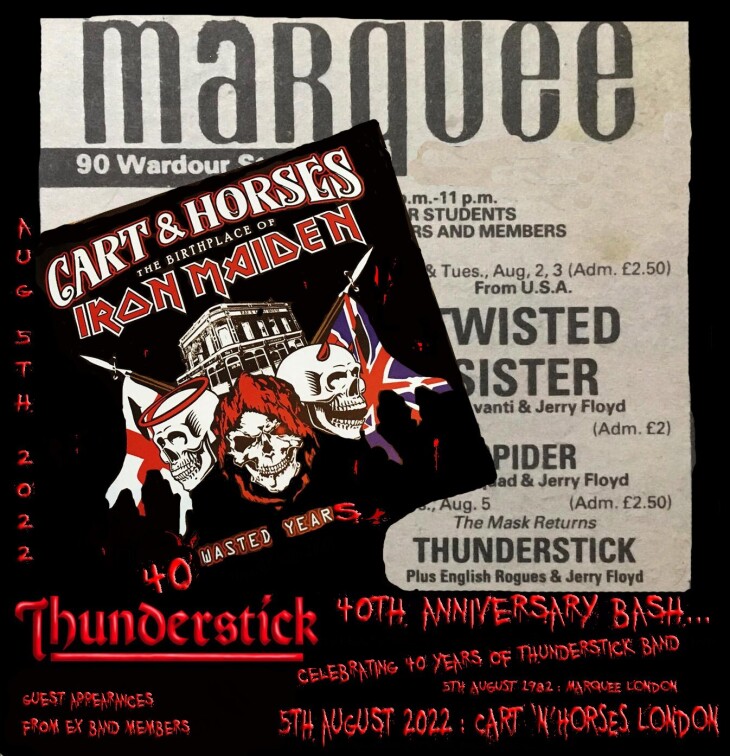 THUNDERSTICK '40TH ANNIVERSARY BASH' GIG AT THE BIRTHPLACE OF IRON MAIDEN. AUGUST 5TH..The World Famous 'Cart & Horses'' will play host to the famous masked 'Thunderstick' ex drummer for both Iron Maiden and Samson who will lead his eponymously named band out to play a highly theatrical 40th anniversary gig ( to the day) at the newly refurbed Cart & Horses basement venue. As well as the band various ex band members will be making an appearance to get up onstage to celebrate the band's lifetime.
Get your tickets here in advance
www.wegottickets.com/event/543616
Sign up
for news, offers and events