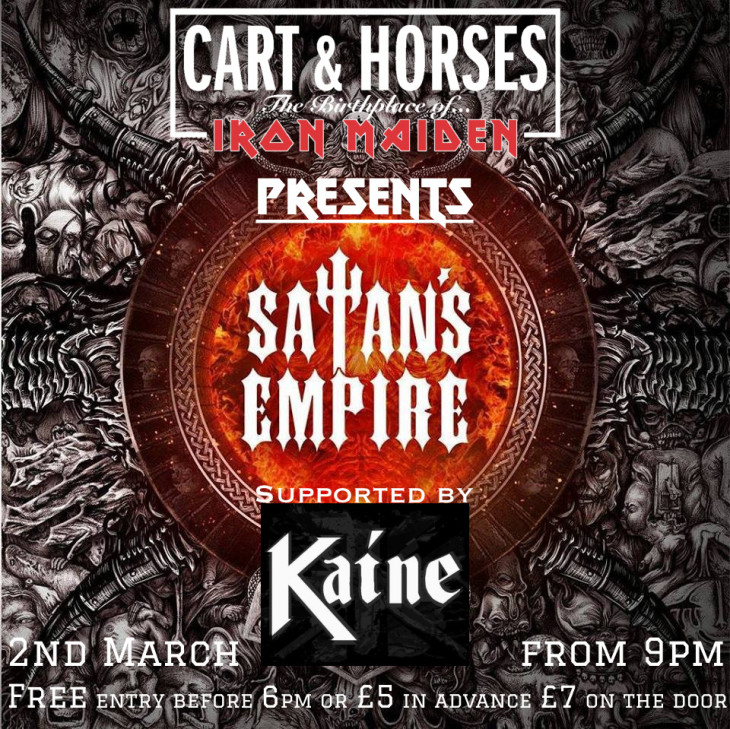 Satan's Empire, originally from Dundee Scotland, are known for their standout track 'Soldiers Of War" which appeared on the ‘Leadweight’ album for Neat Records at the height of the NWOBHM era.
This new line up are gaining a strong foothold in the UK ‘Metal’ scene as well as creating shock waves with their initial live appearances in Europe.
Their debut album ‘Rising’ is now available and receiving great reviews!

Supported by KAINE
Kaine is a Heavy Metal band originally formed in 2009 by Rage Sadler (rhythm guitars & vocals). Kaine released their debut album Falling Through Freedom in 2012, In 2018 the band released A Crisis of Faith, playing a sold-out Birmingham o2 Academy for Hard Rock Hell Metal upon it’s release.

Book your ticket here www.wegottickets.com/event/460000
LAST ENTRY 12am
Sign up
for news, offers and events